Into the Champions League through plastics expertise 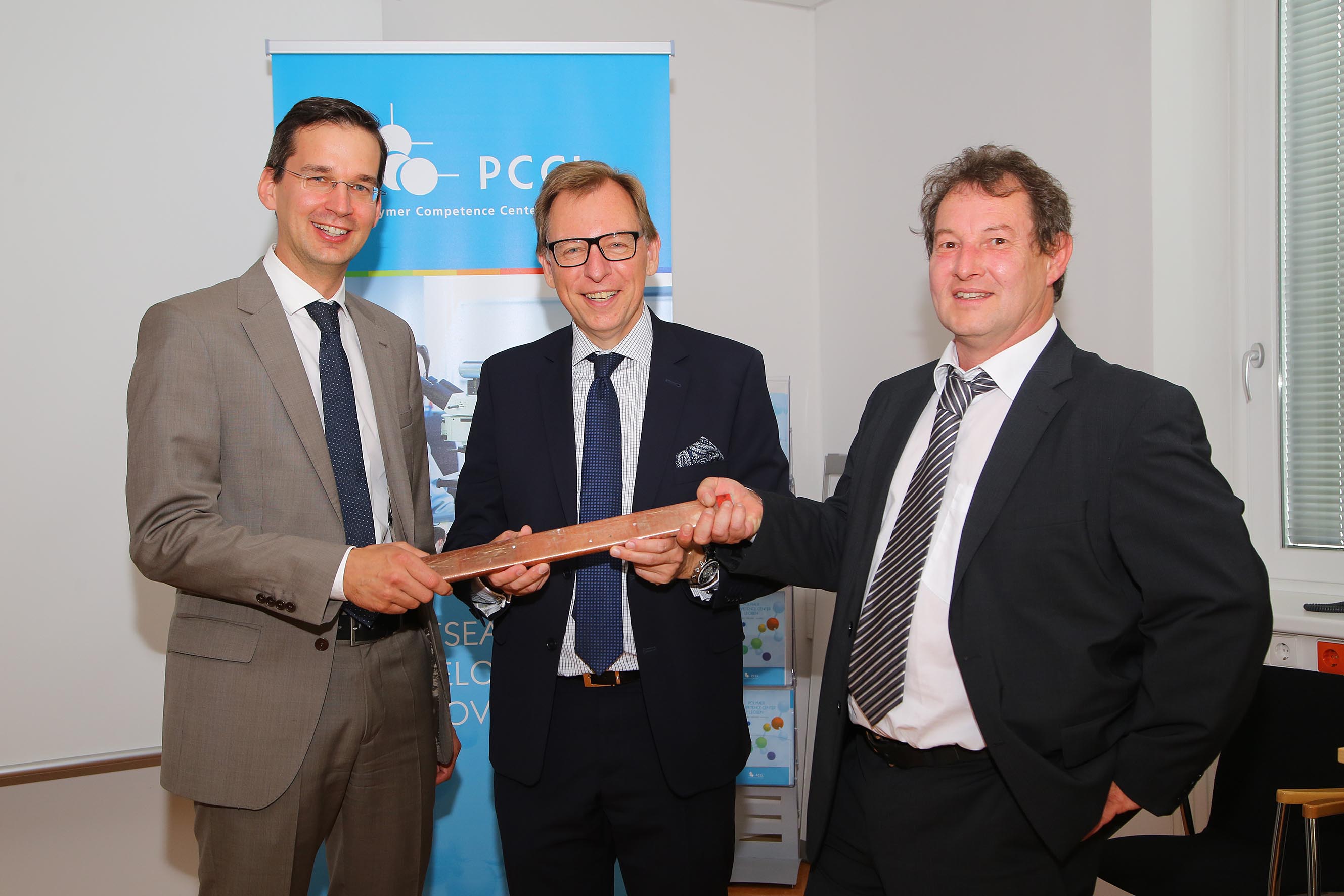 Since its foundation, Polymer Competence Center Leoben GmbH (PCCL) has steadily developed its expertise for innovative solutions with plastics and increased its headcount to more than 100. Upon having been awarded the status of a K1 centre of excellence, PCCL has now arrived in the Champions League.

The client list of the Leoben-based company reads like the Who is Who of international economy: In the next four years, Airbus, BMW, Infineon, ContiTech, Semperit, DOW and SKF (to name only a few of the approximately 50 clients) will use the services of PCCL to tremendously expand the fields of application of plastics ranging from lightweight construction in the aviation or automotive industry, to zero-defects processes in plastics processing and to self-healing plastics. Owing to funding provided by the COMET programme, this application-oriented research will have access to some EUR 23 million over the next four years.

The Managing Directors of PCCL, Martin Payer and Wolfgang Kern, see the award of the status of a K1 centre of excellence as a confirmation of the successful work of the past few years, which is based on a close-knit network including scientific institutions, such as Montanuniversität Leoben, the Graz University of Technology and the Vienna University of Technology. This support alone makes it possible for PCCL to take up scientific approaches at an early stage and thus kick off the development of innovative products and processes for its industrial partners. Some examples of successful projects executed by the plastics experts over the last few years are the development of non-allergenic surgical gloves "Sempermed Syntegra UV“ in cooperation with Semperit, the ultra-light vehicle "CULT", the so-called "Artifical Eye" as well as the implementation of standardardised material testing as an international ISO standard.

Being an international trendsetter for novel developments, PCCL is going to excecute projects in the following years that will, among other things, deal with the global challenge of recycling plastics. In this context, the plan is to collaborate with the European plastics industry to make recycled plastics usable for up-market piping systems and thus close the plastic's lifecycle. The innovation capacity of the industrial partners involved will be enhanced also in visionary areas, such as the use of plastics with self-healing capabilities (e.g. in electronic engineering) and the utilisation of advanced simulation methods. As a result, it will be possible to optimise production processes and to enhance the efficient use of plastics.

Christian Buchmann, provincial government member in charge of economic affairs, much welcomes the decision of the Austrian research promotion agency FFG and congratulates the whole consortium on their success. "During the last few years, PCCL contributed greatly to Styria's international reputation as an outstanding region of innovation. PCCL's projects not only created new jobs within the centre itself but also at the companies involved", says Buchmann. For it to remain this way, PCCL is already working on reaching the next milestone. When asked about their ambitious plans for the future, the Managing Directors of PCCL, Martin Payer and Wolfgang Kern, replied that "Plastics are often inconspicuous but critical to success when it comes to energy production, power electronics and electric mobility. By collaborating with renowned companies of the electronics and electrical engineering industry, we intend to transform this plastics expertise into competitive advantages in the context of a K project, for the benefit of the companies involved (e.g. AT&S or Siemens Transformers)."