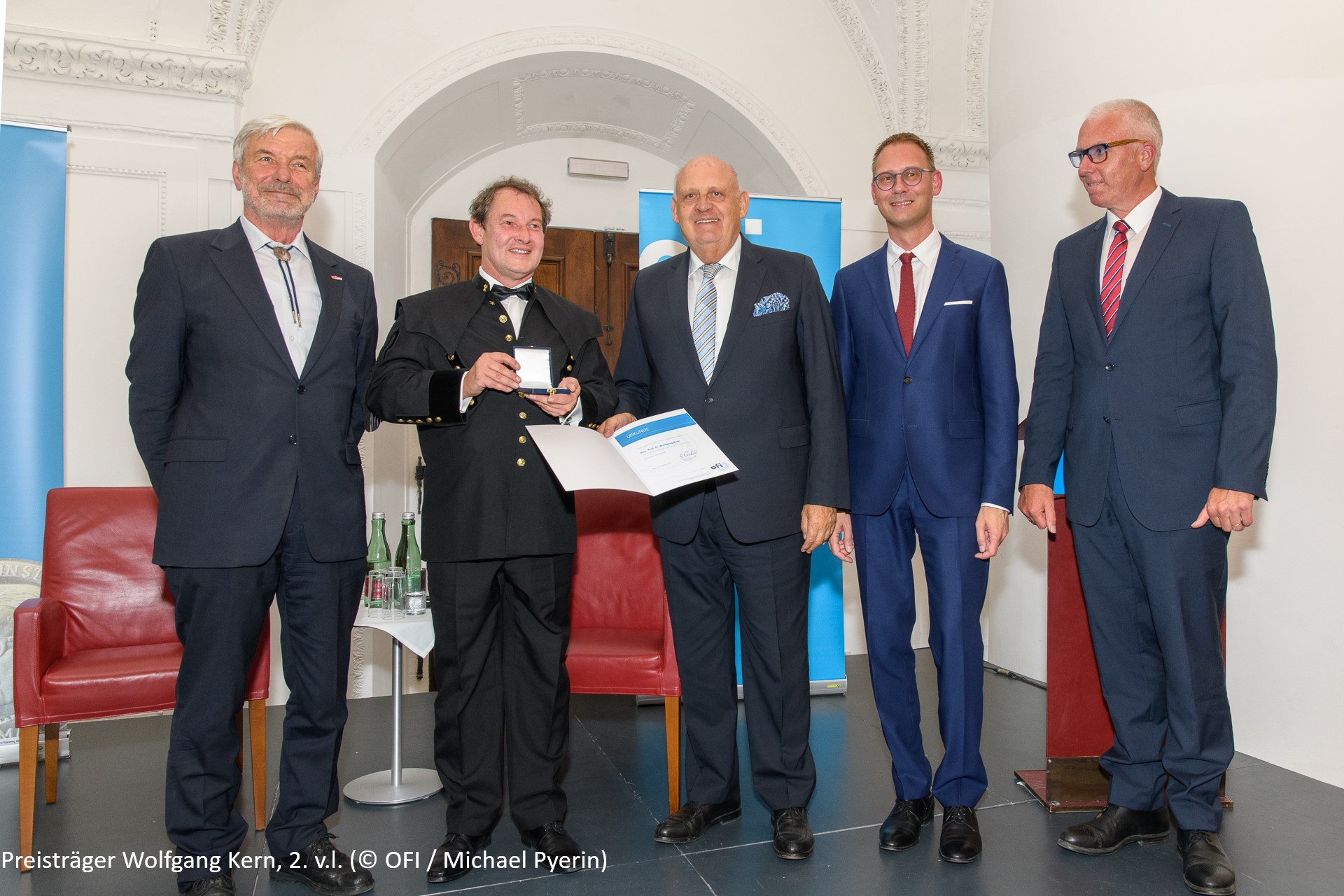 On October 3rd 2019, Wolfgang Kern, CSO of PCCL and Head of Chair of Chemistry of Polymeric Materials, received the H.F. Mark Medal for his outstanding achievements in the field of polymer sciences.

In Honor of the Austrian-American chemist Prof. Hermann Franz Mark (* 1895 in Vienna; † 1992 in Texas), who is regarded as a pioneer of modern polymer science, the OFI Technologie & Innovation GmbH awards the H.F. Mark Medal to personalities for their special Merits in the field of polymer science and polymer technology.

The scientific work of Wolfgang Kern has contributed significantly to the further development of polymers in recent years.